Rapido has evolved from a high-end French brand into a European group, becoming a market leader in luxury motorhomes.

RAPIDO’s origin lies in the creative mind of Constant ROUSSEAU: in 1961, for his own holidays, he invented and manufactured a canvas folding caravan, resting on a chassis, which could serve as a trailer the rest of the year. By the early 1960s, he was ready to take his invention to the next level by founding Rapido. In the decades since, Rapido has been a leader in European motorhomes and caravans. Their Itineo brand was founded in 2006 and added to a portfolio that already included three other brands. Between 2010 and 2017 Rapido acquired and created an additional five brands to round out their portfolio.

Needless to say that Rapido and Itineo have history behind them. This company has been around for a long-time creating motorhomes and caravans used throughout the world. We are thrilled to offer you the Rapido brand.

In 2022 Rapido proudly celebrates 60 years creating lifelong memories in their fantastic motorhome range.  Download the catalogue to read about the exciting range.

Rapido offers you the best in Low Profile semi integrated motorhomes. These agile models get you closer to your destination. Inside is all the comfort you would expect from Rapido low profile models, with extra light introduced through the SKYVIEW panoramic roof.

Rapido offers you the best in A-Class integrated motorhomes. These are a great example of French engineering, which expresses itself through innovative concepts, daring designs and technology with a touch of class. You will be convinced by the insulating double floor which provides accessible internal and external storage. Discover layouts that preserve privacy while still enabling free movement and optimized storage. 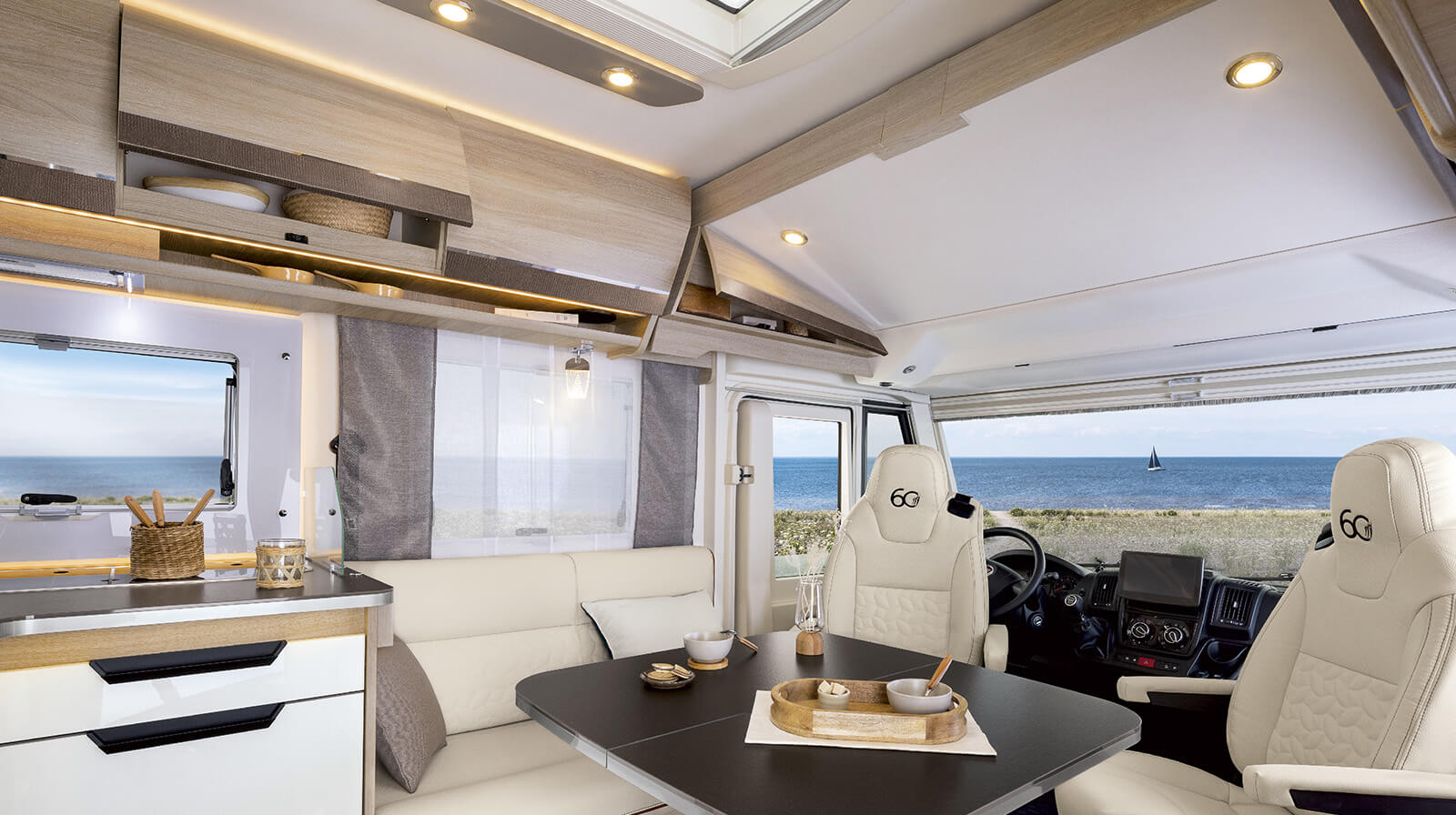 (Right beside the motorway, next to Snowplanet)